Situated at various points along the main street of Upper Weeping a renegade shop would appear and then disappear only to reappear once more, at some time in the future, or the past. This shop had been at various times, a backwards clockmaker, a Veneerist of Sins and a Flaming Cross blood donation point {which turned out to be a front for Vampyres Pseudonymous!}

One rare sunny morning, the peoples of Upper Weeping woke to find that a Psychic Dentist had moved in overnight. The bravest peeked behind the purple velveteen curtains in an attempt to see the Dreaded Dentist, to only find a table sporting a crystal ball, two chairs and a monstrosity of an ancient tea maker.

As the day wore on interest in the absent Dentist rose and fell depending on who was gossiping about whom or how much free time anyone had. No Dentist was seen the next day either, nor the next or even the next. Curiously though, as the shop remained unoccupied, the inhabitants of Upper Weeping began to complain of toothache. By the end of the week most were in abject agony, cursing the Dentist for his absence.

It was at this point that the curtains flew open and The Psychic Dentist appeared in a flourish of black cape, head covered in a massive hood. As one the customers moved forward clamouring for attention, pushing the Tiny Dentist {only a mere metre high it was claimed later} inside, where they were met with a wall of Trollish Receptionist. She held them back, letting them in one at a time, after they had paid a fee. By the end of the day not one tooth ached, though all mouths felt slightly numb. All agreed that The Psychic Dentist was a wonder.

Around midnight, with torches flaring and sniffer wolves snuffling, The Magical Transgression Sniffer-Outer Fraud Squad forced it’s way into the Dentist’s premises. Luckily for the Dentist he’d left as abruptly as he’d arrived. Unluckily for the people of Upper Weeping he had also left with a heap of their money, leaving behind the ancient tea maker full of clove tea, a plastic faux-crystal ball for the children to play with and a reluctance to ever visit a Dentist again. 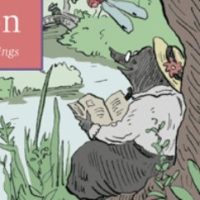 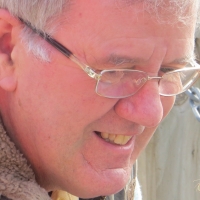 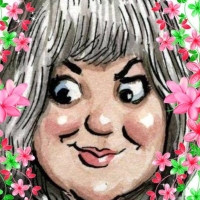 Book reviews and recommendations from a self confessed book geek

To Read or Not To Read

that is my question

I am an author of stuff. This is my blog.

I dreamed I could fall asleep.

'No story lives unless someone wants to listen' JK Rowling

my photography and other visual stuff on display